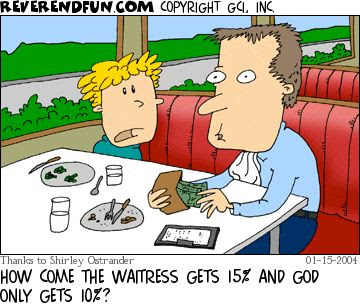 Since we started our series entitled OVERFLOW, we have been receiving a FLOOD of stories on how God has been faithful to provide.

Here’s one of them from RMC.

Right after graduating from college, I wrote down stuff I wanted to do and when I wanted to do them. One of those things is to travel abroad, of course, but being a government scholar, I could not do that for four years, so my target was to go out of the country by the time I was 25 =).

Unfortunately my first job as a college instructor paid so low that I had more money as a student than as a teacher. But God said in Malachi to give my tithe faithfully and give an offering as well and I could test Him…so I obeyed.

By the time I had my 25th birthday I had my passport ready, but the amount in my savings account was so bleak I knew it was impossible to have my dream vacation if I just depended on it. But I held on, ‘coz I’ve seen God do miracles of provision in my friends’ lives and I reasoned He could do the same in mine.

By the middle of that year however, doubt was lodged firmly in my mind. I had regrets of ever giving my tithe, or of ever supporting missions and campus ministry. I computed the amount I gave away and I thought, I could have bought my ticket with it and spent it on some sightseeing. I complained to God but at the end of the day, I said, “I challenge you LORD… you said to test You and here it is! I hope You pass the test =P (kapal ng mukha ko)”

And God did come through! That Thursday, my cousin calls me up, “Ate, I wanna go to SIngapore and Mama is asking if you can come with me. She’s buying the ticket.” My jaw dropped and I did cartwheels (in my mind anyway =P). God is so good and He had even better surprises in store! When my older sister heard about it, she said, “Ok, leave your accommodations, transportation and sightseeing expenses to me.” It was awesome, because I even hardly touched my savings. And when I computed what was spent on me on that trip, I realized it was way beyond what I had given away.