I grew up playing baseball. And in baseball, there’s a thing that you would call as a pinch runner. A pinch runner is a baseball player who comes in the game for the specific purpose of replacing a player on base. The pinch runner substitutes for the other player either because of an injury or simply being skillfully better at base running.

In 1974, Herb Washington played Major League Baseball for the Oakland A’s. He played as a pinch runner. That year his team won the World Series championship. Washington, in his entire career, played 105 games, scoring 33 runs for his team without ever hitting a single baseball.

The Bible says that Jesus took our place in Calvary. Because of our sin, we should have been the ones nailed to the cross to pay for the penalty of our sin. But because Jesus became our substitute, God looks at us with approval and acceptance, forgiven and righteous as if we’ve never sinned.

Herb Washington received a trophy (with the team) in 1974 without ever hitting a baseball. Points were accredited to his stats when he scored runs even if he didn’t had times at bat. He never hit a homerun and yet he got a trophy.

If we wrap our brains around this truth, this is so powerful that we will realize that we can approach and enter because we are assured  of His acceptance and approval. Now, the ramifications are endless.

If you are a student, you don’t need to succumb to peer pressure because you know that you are accepted by the most important person in your life – Jesus.
If you are a single man/woman, you don’t need to compromise your convictions to feel accepted. Your Heavenly Father approves of you and gives you a thumbs up sign because you have Jesus in your life. You don’t have to get drunk with friends to feel accepted nor give in to your boyfriend/girlfriend’s sexual pressure to gain their acceptance and approval. The Lover of your soul accepts you and approves of you for who you are.

It also addresses a gamut of issues in life, particularly rejection.

These can work into our souls without us even realizing because we forget that we have been accepted by our Heavenly Father as we place our faith on Jesus’ atoning sacrifice in Calvary.

But now in Christ Jesus you who once were far off have been brought near by the blood of Christ…and might reconcile us both to God in one body through the cross, thereby killing the hostility.(Ephesians 2:13,16)

Remember this, you are loved, accepted and approved by your Father in Heaven. Because of that, you can live life without the pressure of trying to perform, impress and measure up.

Nothing to prove. No one to impress.
I am accepted.

Lord, thank you for this truth. Help me grab a hold of this truth daily. I go to school or work knowing that I have nothing to prove and no one to impress. Take away the man-pleasing spirit in me. The only One I am called to please is You. In my understanding of the approval of God, I can live freely knowing that my Father looks at me with a thumbs up sign each and every moment because of Jesus. In Your name I pray. AMEN. 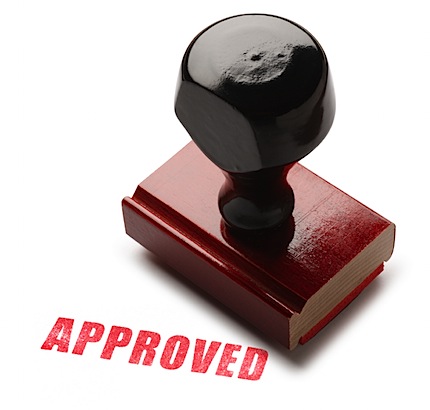 Have you ever tried to ‘fish’ for approval?  I’ve done it so many times.

Approval addiction.  What is it?
John Ortberg defines it as “living in bondage to what others think of them.”

How do we know that we are crossing the line of addiction?

Approval addicts find themselves measuring their accomplishments against those of other people.

Our concern for what others think about us inevitably leads us to shade the truth.

We crave approval too strongly, we inevitably come to resent the very person whose approval we seek.

How can we solve this problem?

2 Cor. 10:5 says that we are to demolish arguments and every pretension that sets itself up against the knowledge of God, and we take captive every thought to make it obedient to Christ.

Part of it means refusing to allow other people’s approval or disapproval to dominate our lives.

We are to take captive every thought of wishing to impress, dazzle and amaze people.

On leadership development:
1. Lead the way.
2. Prepare the way.
3. Get out of the way.
- Rico Ricafort

Read. "How do you respond when what you're going through is a result of someone else's irresponsibility or wrongdoing?" - https://paolopunzalan.com/2021/01/18/how-do-you-respond-when-what-youre-going-through-is-a-result-of-someones-irresponsibility-or-wrong-doing/

Whatever we attempt to do without GOD is going to be a miserable failure—or worse a miserable success. - Pastor @paolopun @victoryfort
#sundaysbest❤️🙏 https://www.instagram.com/p/CKIUwV9nNXy/?igshid=1cbnwtavwzp0l

Glance backward to keep going forward while we gaz

Who is your source of peace? When fear creeps in,

What can I look forward to? As a new year unfolds

We are called to shine. During holiday seasons, w

Waking up with you beside me every Christmas morni

Family. This year’s Christmas may be different

Love The City care packages to our Real Life Schol

How can I find joy this season? This year has bee